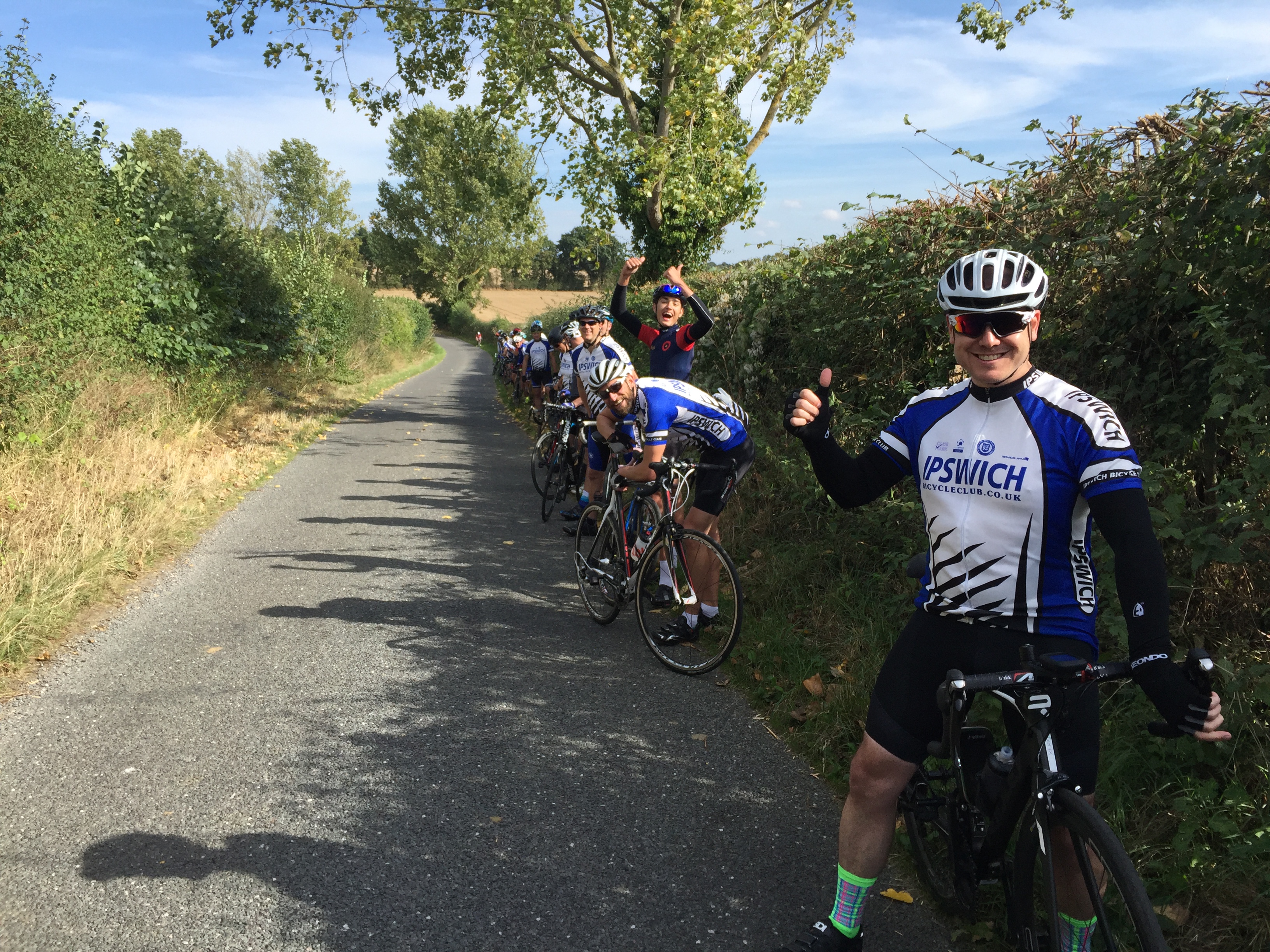 The IBC Hill Climb and Half Wheel Trophy was held a bit earlier than previous years to fit in with the hill climbing season and better weather, which in turn saw a big turnout competing the titles.

It was also decided to bring the hill climb back to Watson’s Hill where the Sudbury CC open is held every year, where our boys and girls have done very well at taking individual and team titles in the past.

With the social ride heading there and then looping back to the Cult Cafe we had in excess of 40 riders on the hill which was the best I’ve seen in my time at the club.

As ever the main contenders came to the fore even if some had to do it twice 😉 (technical issue with the time keeper) but man of the moment Ollie Jones showed just how far he has come in the last few years by recording a winning time of 49 secs. The ladies title was taken with a very good ride from Jo Newstead, regaining her title from 3 years ago. One youngster had a go, Marcus Friend aged 14 and put in a really good time securing his name on a trophy next year.

Lots of the club members all gave it a shot and there were some very good times recorded. All in all a good day was had and hopefully the last week of September is now the date for the club hill climb and half wheel.

This years event was held on the hill running down to Kersey with a good 35-40 competitors all freewheeling themselves as far as they could. It was clear to see the best option was the Froome Tuck and all of the top 4 used it. Hats off to Mike who was first away and held the lead from the start. Chris Jones thought he may have done enough to at least beat his son in a  comp but alas not, Ollie still travelled half a bike length further. Haha and pre-event favorite Marcus Sharpe again came up just short.

So it just leaves me to say a big thank you to all who came out and took part and those who helped out. See you out and about again soon.